A Celebration and Thank You in a Wayal Way 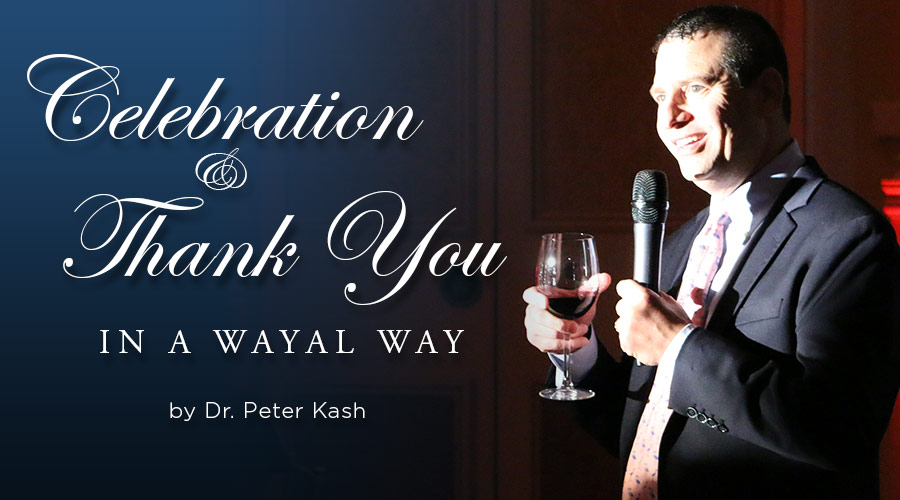 Who says “What Happens in Vegas, Stays in Vegas”? For Wayal, “What happens in Vegas should be shared around the world”! What an event of pure celebration we shared.

Las Vegas got its name in 1821 and became a blossoming city in 1905. Later, in 1911, Las Vegas became incorporated with the first locomotive connecting Nevada and California. Eventually, the population of this new entertainment capital of the world increased with the building of the Hoover Dam in 1930.

One year later, local gambling became legal in Las Vegas. But the spark that lit up Las Vegas was the completion of the Flamingo Hotel in 1946 on the 4.2-mile stretch of land known as “The Strip”. With an approximate population of only 600,000 residents, Las Vegas entertained 39,000,000 visitors in 2017.

On September 4th, Wayal had its “Top 50” celebration, complete with a glamorous dinner, Vegas-style dancers, and a true replica of a Michael Jackson look-alike. There were no long or even short speeches – simply a “thank you” to those present for helping build a thriving community over time – much like Las Vegas.

Success is based on: values, character, vision, quality, and commitment. The “Top Fifty” did not just celebrate their success, but we spoke about their responsibility of helping others leap and succeed into this exclusive – but not elusive – club. Everyone reading this now can be part of the ever-growing success of Wayal.

Besides mentioning the Hong Kong Cruise in April or May 2019, it was announced that a new line of cosmetics from the Dead Sea known as “Minus 417” will be available, hopefully before the end of this year. So, like Las Vegas, Wayal is growing and adapting by listening to its members so we may all grow together. Perhaps one day we will host an event for the “Top 1,000” because everyone is succeeding together.